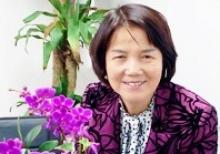 The concept “interdisciplinary” may seem puzzling at first, but upon taking a closer look: almost every issue tackled today inevitably synthesizes a variety of perspectives, knowledge, skills and connections at once.
Countries such as the United States and the United Kingdom have already begun introducing interdisciplinary studies to students. The U.S. founded the Institutes of Advanced Studies while in the U.K. esteemed schools such as Oxford University launched its Balliol Interdisciplinary Institute. In Korea, the process started at Seoul National University (SNU) this year, thanks to Kim Sung-hee, director of Voice from Oxford (VFO), Oxford University’s Web cast platform.

VFO initially came about based on an idea developed at the Oxford Internet Institute led by the director William Dutton.
The project uses the techniques and art of broadcast media to present debates, interviews, events and discussions in a documentary form, with highly acclaimed professors on board. They include VFO co-editor and director of computational physiology Prof. Denis Noble.

Kim believes that the “list of the interdisciplinary area is enormous” and has come to Korea to prove her point through lectures and by presenting the documentary materials made by the VFO.
“‘Interdisciplinary’ refers to the work at the interfaces between disciplines,” Kim said in an email interview. “For example, physics and mathematics are now used a lot in biology. This is the growing area called systems biology. Ideas in biology, such as evolutionary theory, are used a lot in sociology and economics,” she said.
For Prof. Dutton, the term might as well be “multi-disciplinary,” as many of the most vexing world problems cannot be addressed from a single disciplinary perspective.
“This does not mean that the traditional disciplines are not important, but they must be brought together if they are to make a meaningful contribution to addressing problems,” Dutton added in a separate email interview.
Kim, who received her Ph.D in English language and literature from Oxford University, has been lecturing as a visiting professor at SNU’s College of Engineering since April 1. Her three lectures — Engineering English Communication, Technology and Entrepreneurship and Engineering Project Management — use some of the 70 documentaries produced by the VFO, aiming to combine important elements from both documentaries and engineering.

Some of the lectures will be shared among six other universities — Chonnam National University; Chungnam National University; Kyungpook National University: Pusan National University; Chonbuk National University; and Kyung Hee University — via video lectures.
“Science and engineering students need to communicate, to understand how to innovate and how to be entrepreneurs. They need to know how projects are managed,” Kim said.
“It is very difficult to enable people to communicate across disciplinary boundaries,” Dutton added.
“This is one aim of VFO, to bring work from multiple disciplines to people not only geographically distributed, but distributed across the disciplines of the sciences and humanities. Of course, we do not attempt to be definitive in our treatments, but we do seek to engage people in questions and issues that they might not have considered relevant or significant to their own work,” he said.
Bringing diverse or seemingly unrelated subjects together can be challenging, and there can be possible drawbacks as well. But according to Kim and Dutton, these issues can be easily solved with a proper understanding and the will to move forward.

“It would be bad if interdisciplinary was used to avoid strong, discipline-anchored research. That is why some universities fail to provide sufficient support to interdisciplinarity – they are worried about the fate of more traditional disciplines. I think this is misplaced, and this is a call for collaboration, not for the demise of more traditional research disciplines,” Dutton said.
Oxford University has made some 30 documentaries for SNU to use, along with some 60 more in the works.

“(Interdisciplinary) should work in all countries. Thinking ‘outside the box’ is the key to innovative ideas and new technology,” Kim said.
Hopefully, she said, alternate mediums (video lectures, documentaries and personal lectures), different institutes (Oxford, SNU and other local universities) and numerous ideas from the students and professors will spread the ideals of interdisciplinarity to reach all of academia. 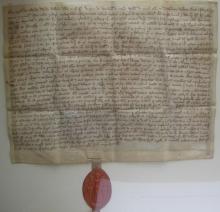 Building on 750 years of inspiring ideas