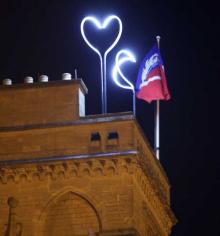 For links to all the videos go to

Throughout 2013 Oxford’s oldest college (give or take a year or two, and ignoring the long-standing arguments with Merton and Univ) celebrated 750 years on the same site. Co-founded by a woman, the Lady Dervorguilla, a remarkable occurrence in medieval society, its site was originally outside the city walls. Now, Broad Street is the central hive of activity for town and gown. There was therefore only a short distance for the celebratory processions to make their way majestically across and along the street to fill the Sheldonian Theatre for the intellectual centrepieces of the celebration.

INTERDISCIPLINARITY
But this was no navel-gazing journey down memory lane. Instead, Nobel Prize winners, Lords, MPs, journalists and scientists, debated where the world is going in the next 75 years. There were two such debates, one primarily for scientists, the other for the humanities. But this was one of the barriers where the walls were brought down in grand style. Picking out an example from 28 lectures, demonstrations, exhibitions, and panel discussions cannot possibly do justice to the events themselves.

But, for me personally, the essence of the inter-disciplinarity was perfectly symmetrically expressed by two panellists on Saturday 28th September for it was the scientist who made the remarks that lit up the debate on the humanities side, and a non-scientist who did that for science. Tony Leggett is a world leader on low-temperature and superfluidity, for which he received a Nobel Prize in 2003. But, at Balliol in 1955, he read Greats! It showed, as he used his obvious skills in philosophy to explain the most difficult concepts in modern physics, quantum mechanics and relativity. I was reminded of the beautiful interweaving of philosophy and physics that one can find in the writings of the great French physicist, Henri Poincaré.

How on earth could the humanities respond to that? It was The Times journalist, Matthew Syed, who read PPE in 1991, who lit up the scientific side of the debate with a bravura analysis of how it happens that top tennis and table tennis players (he is one himself at Olympic levels) react before it is scientifically possible that there should be time to do so by watching the ball. I told him that his answer could stand as a profound statement of the need for biological science in the 21st century to address the challenge of systems, for his answer was a demonstration of the impossibility of explaining the phenomenon with reductionist deconstruction of the global information that an organism uses when fighting for its life – or for Olympic gold.  The experiments that established this outcome were incidentally performed on Matthew himself while he was the UK no 1 in Table Tennis.

All this was on the day that was supposed to be specific for the humanities! Needless to say, the day intended for the sciences largely didn’t.

HIGH COMEDY
Over 600 gathered for the 2 celebration dinners. They were entertained by cuisine from Bertrand Faucheux of a quality that they could only have dreamed of when they were students! They were also treated to two of the greatest comedy acts that Balliol can claim: the Chancellor (on the Friday) and the Mayor of London (on the Saturday). Apart from freely lampooning each other, they rose to the occasion in their own very different styles: Chancellorial gravitas contrasting with trademark Mayorial buffoonery. Boris Johnson had people in the kind of stitches that do no good at all to one’s digestion of a great meal as he whisked us through the 750 year history. No stand-up comedian can match him. Those speeches are on the Voices from Oxford website (see links on top and bottom of this page), so readers can indulge vicariously in the same pleasure or puzzlement, depending on your view of alumni dinner speeches.

SERIOUSLY HIGH POLITICS
Comedian? By his own admission, Boris Johnson is widely recognised for his rapid-fire buffoonery. But what lies behind it? I was privileged to capture him towards midnight on a quiet sofa for a brief recorded interview. Challenged with ‘you’re not a very gentle person!’ the comedian’s mask suddenly fell away and he surprised both of us as we launched into a discussion of ethics in political decisions, ending with a lovely metaphor from mountaineering: one knows one wants to get to the top, there are just several ways to do it. As he says in the interview (also on the Voices from Oxford website) he was elected to do a difficult job. The same kind of seriousness of purpose comes through in a second short interview with the Master. A homely chat about racing cars rapidly switches to Johnson’s views on female emancipation and then on the future role of universities. Both interviews reveal a serious Boris Johnson that may not be so widely known. It should be, whether you like his politics or not.

INTERNATIONAL SEMINARS
The celebrations were not all in Oxford. Throughout the year, Master’s seminars were also held around the world on the exciting ideas and big issues of the next 75 years – climate change and new sources of energy in Brussels at the European parliament; fixing the global economy and coping with the shift of economic power to Asia in Sydney; the future of internationalized HE and the future of libraries in the digital age in Hong Kong; genetic engineering against crop pests and robotic surgery in medicine in Toronto; the developing world of the internet both social and technological in San Francisco; and ending (appropriately!) with quantum theory and parallel universes in New York. And all made available to the alumni round the world on an intranet chat platform.

HOLYWELL MANOR FESTIVAL
The Graduate Centre at Holywell Manor was determined not to be left out. Around 200 alumni and current graduates enjoyed an April festival of five simultaneous sessions running all day ranging from journalists (Martin Kettle in fine form in the new Archive Centre at St Cross Church), through MPs (Charlotte Leslie), Company chairs (Jon Moynihan from PA Consulting), Scientists (Roger Cashmore on the Higgs Boson) to lighter-hearted talks on Ghosts of the Manor.

MUSIC
A rich programme of entertainment was provided by the musical society and the JCR Commem Ball Committee. I have been at the College long enough to recall that Balls were summarily abolished by the JCR itself in the days of the ‘68 revolution. But this was the Commem Ball to end all balls. Nobody could possibly have gone round all the shows on offer. They ranged from Pop groups in the huge Garden Quad Marquee, led by top-of-the bill Mark Ronson, through ballroom dancing and a Scottish Ceiligh in the hall, to concerts by my own group, The Oxford Trobadors, performing rather more quietly in the Chapel. The linguists in the audiences may have noticed that some of those medieval lyrics are quite as racy as modern pop. I had done research for the programme to estimate the likelihood that John de Balliol heard the original Troubadours, quite high as it turns out. Some of them also infuriated Bishops, outraging the Bishop of Paris quite as much as Balliol provoked the Bishop of Durham into flagellating him (Boris: ‘we’re all against flagellation, aren’t we?’)

Unlike the abolished Balls the Music Society’s justly famous Sunday Concert Nights, bringing top performers free of charge to anyone who wishes to enjoy them, completely survived the revolution, so they had a long continuous tradition already established and the only question was how to top that. It was done with a scintillating performance of Debussy, Strauss and Wolf by the soprano Anne Schwanewilms, and it will end with a concert by András Schiff. Sorry, its ticket-holders only for that one.

To view the videos of many events go to
http://www.voicesfromoxford.org/news/balliol-750-video-list/262 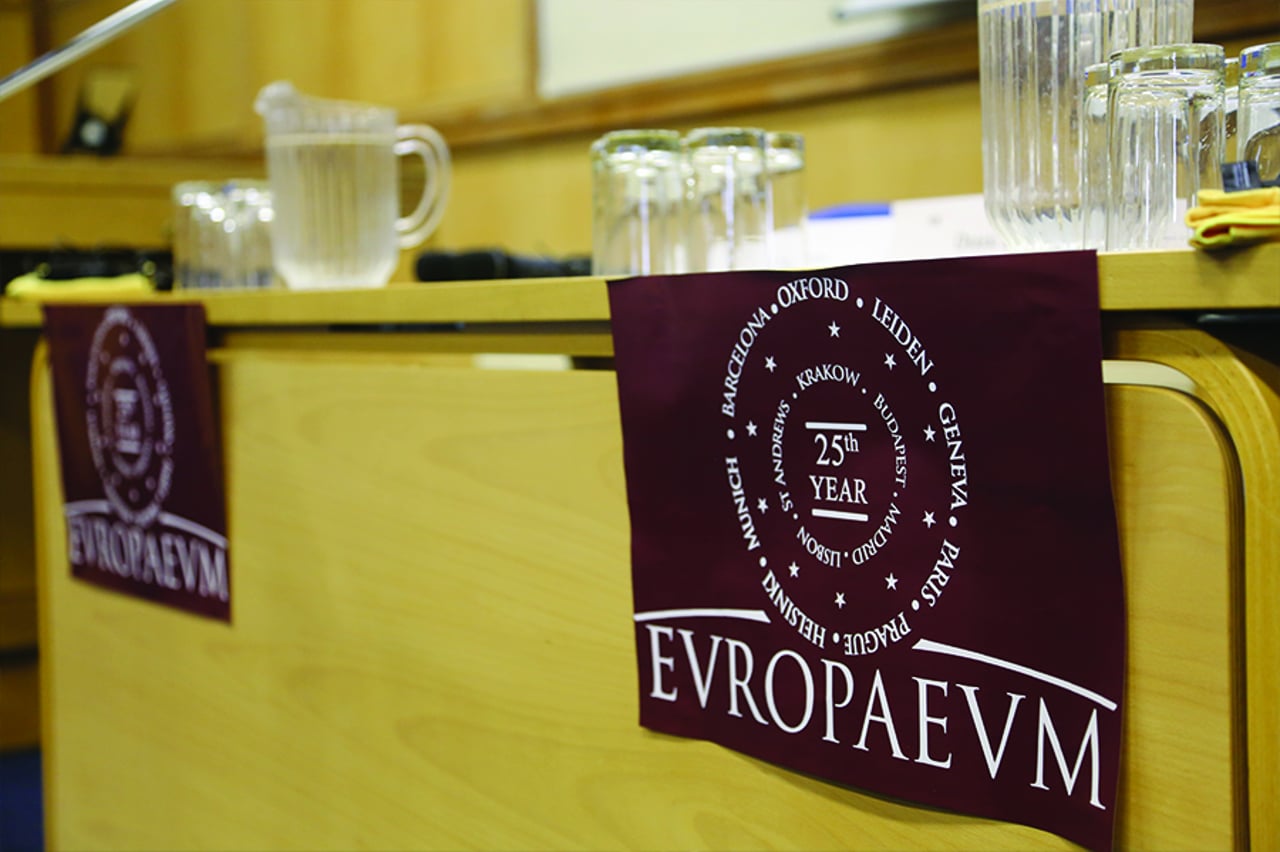 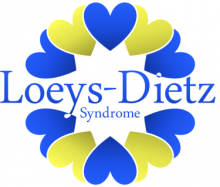 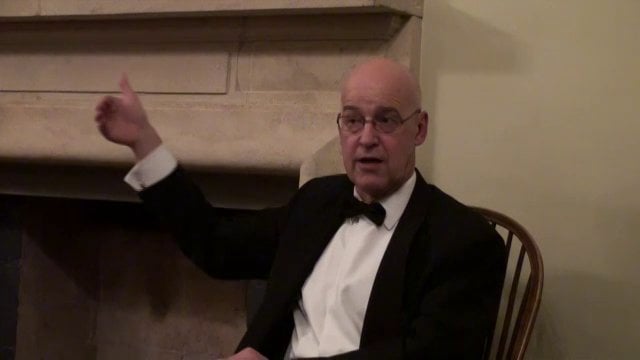